A Typical Working Day of an Amazon Delivery Associate 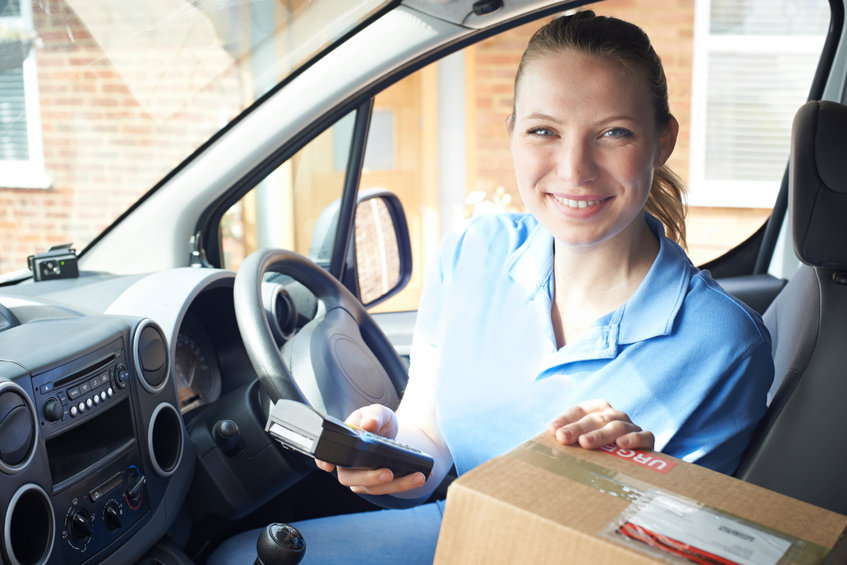 The fear of COVID-19 has triggered so many changes not only in the way people live but in the way they do business and buy products. E-commerce, in the U.S., which increased by more than 40% in 2020. This change played a big role in the growth of Amazon which is the biggest online retailer in the world today.

As expected, an influx of orders created the need for more drivers as the packages must be delivered right to the purchasers’ doorsteps. It was an opportunity seen by Jeb Lopez, the founder and president of Wheelz Up. At that time he already had a delivery firm that moves auto parts for dealerships and automotive shops. But to augment his business, Mr. Lopez applied to become an Amazon Delivery Service Partner (DSP).

Getting a contract with Amazon as a DSP was not easy. The process included nine interviews, but Mr. Lopez hurdled them all – and Wheelz Up officially became a DSP.with 25 routes after two months of operation.

For Mr. Lopez, becoming a DSP creates the need for new drivers or Amazon delivery associates. He also needs to make sure that his trucks are in perfect condition to avoid being grounded. To ensure compliance to Amazon’s quality standards, Mr. Lopez needs the services of a competent fleet vehicle maintenance company.

Shameka Brown is a female driver who has worked at Wheelz Up as a Delivery Associate since September 2020.

Shameka’s typical working day begins with a 15-minute virtual drivers’ meeting. It is the time when drivers are informed about the number of packages they are going to deliver as well as the drop off points. These meetings also serve as the time for drivers to tell fellow drivers about what transpired the day before – things they have accomplished and things that they need to improve on.

After the meeting, Shameka gets her van assignment and receives the code for her parking spot at the warehouse. This is where she will pick her assigned packages. Her unit is either a Ram Promaster or a Ford Transit van. Shameka will know where to deliver the packages through a routing information sheet inside a pouch in her assigned van.

Amazon’s delivery drivers use various apps to become more productive, these are:

The scoring of the drivers’ performance is based on certain criteria called ABCDS which stands for acceleration, braking, cornering, distraction, and speeding. The app sets a perfect score of 800 for each driver per trip. But if they violate any of Amazon’s criteria such as overspeeding, hard braking, etc., Mentors will deduct a number of points from their score.

Aside from scoring the drivers’ behavior, Mentor also records the number of packages a driver was able to deliver in an hour, the accuracy of those deliveries, and customer complaints if there are any. As soon as a delivery is completed, Amazon emails the recipient with thumbs up and thumbs down icons and ask them to give feedback.

Shameka says she is attracted to the driving job even during the pandemic because it allows her to work alone doing a job that keeps her on the go. Another thing that attracts Shameka to become a DA is it allows her to see lots of places in Virginia and interact with different people.

Despite this eagerness, Shameka says she needs to observe Amazon’s COVID safety protocols. She needs to wear a mask and maintain physical distancing even during the turning over of items to their recipients. Based on Amazon’s policy, she needs to leave the package at the recipient’s designated place to avoid physical contact.

Shameka’s typical day consists of delivering 300 to 330 packages of different sizes to about 180 drop-off locations. Amazon pays her in 10-hour blocks and pays her in full even if she completes her delivery in less than 10 hours.

When Shameka delivers an item, she needs to scan the package, place it in a receiver-designated location and take a photo of it to document the delivery. If there is a problem concerning the delivery such as access to the location where the package should be placed, Shameka uses her Flex app to interact with Amazon who will communicate with the customer to ask for an alternate location.

Despite having an effective delivery system, Amazon has not stopped to find ways to make things better for its customers and delivery associates, both Shameka and Lopez declare.

As a matter of policy, Amazon doesn’t require its drivers to use their own vehicles, but provides its delivery associates with delivery trucks and cell phones they need to perform their job. All she needs to do is deliver the packages within 10 hours and her day’s work is done.

A contract with Amazon as a Delivery Service Partner can give you an assurance of a steady revenue, but you need to keep your delivery vehicles in top shape to comply with their most important requirements. Make this possible with the help of a professional fleet truck repair specialist.

As a commercial fleet operator or manager, you should keep your fleet in good condition to make it work profitably for you. With the help of an effective fleet vehicle maintenance program, you can be sure of an efficient delivery operation that satisfies customers and makes a good name for your company in the market.

The Importance of Maintenance Programs to Commercial Truck Fleets

The Importance of Maintenance Programs to Commercial Truck Fleets